Looking Back on Leadership Beliefs

Editor’s Note:  Chief Avsec is away for some R & R (code for much golfing!).  This week Chief Avsec welcomes a first-time guest blogger, Chief Denise Pouget.

Now that I’m a grandmother looking back on my fire service career, I feel as if I have something to share that I 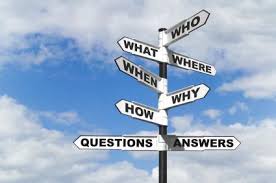 believe will help other public safety leaders to never lose faith in people and their organization. This is the best job in the world and my enthusiasm 36 years later is stronger than ever! I’m going to speak from the heart because I’ve always been a compassionate person who loves people.

I chose public safety as my career in 1979 at the age of 16. I volunteered in the fire service for two years and was first hired in 1981. I always believed that if I lived my life paying it forward, I would be fulfilled because people are worth it. To know that you have made a difference in the lives of others makes the purpose for you being here real. To serve others is a privilege, not a right.

I believe that we are all equals as people, we simply occupy different roles. I never had respect for those that acted as if their position entitled them to behave badly. Moving up in an organization or occupying any leadership role does not entitle you to anything. You’re still the same person you always were. Now you have the privilege of leading. Don’t abuse it! You should have a vision not a personal agenda.

I believe that information is knowledge and not necessarily power. As a leader I believe in making decisions in a group rather than in a vacuum. Use your senses! Be aware of your environment and guide your meetings carefully and professionally.

Generally people will come through contributing brilliant ideas taking the organization to a state of maximum effectiveness and efficiency. A defensive posture can lead to a closed mind. Your strength is in the numbers! Share and listen! Public safety leaders should be good partners within their organization, community, government and their region. Operating in a vacuum is dangerous and you will truly never see your organization reach its full potential. Remember, information is knowledge!

I believe a strong leader recognizes talent and sees what is possible in their direct reports. The objective should be to fully develop their potential as to allow the organization to thrive! People want to enjoy their work and feel as if they are contributing. Positive begets positive. Providing an environment where people can grow, learn and contribute will most certainly move any organization forward. You can’t achieve excellence alone!

I believe that leadership is about doing the right thing even if you are not making the most popular decision when doing so. When you make a decision that is based on the greater good of the service, you can never go wrong. However, I would strongly recommend researching an organizations history, culture and political influence before I applied for any Fire Chief or Director position. If you would have to make sacrifices that don’t fit your leadership style, then I would strongly suggest that you steer clear of that organization. I’m not suggesting that any public safety organization intends to “do bad things”. Many roads can lead to your destination.

The question is, are you willing to take on the risk and liability of that organization? What is the organizational culture and does it fit your leadership style? The International Association of Fire Chiefs has identified five wicked problems that plague today’s fire service.

All of these problems intersect on some level in an organization. My experience is that it is extremely important that you understand every facet of an organization that you’re interested in and how they have dealt with these “wicked’ problems. If you can see yourself in that organization as a leader whose beliefs and morals fit that organization’s culture, then most likely you will be successful in that leadership role.

You may be a person that believes hard work and dedication can “move mountains.” I used to believe that too. The truth is it takes honesty, dedication, hard work and political acumen. And in the end….you may still not fit in that organization. If you are thinking about a leadership role in the Fire Service, you need to be honest about what kind of life you want.

You have to be ready for anything all of the time. You’re never out of the spot light and you must accept responsibility for everything that goes wrong. Everything that goes right is because of the people that chose to follow you. In addition, your career maybe short lived and you can lose it all in one day (see the five wicked problems of the Fire Service).

Is it worth it to take the risk of occupying a leadership role within the Fire Service? Absolutely! It is an honor and a privilege to lead. You simply need to prepare yourself and understand what that means. Do the research and become an informed leader. In the end it boils down to performance and making a difference in people’s lives.

Chief Pouget earned her Master’s Degree in Emergency Disaster Management from American Public University. She also holds a Bachelor’s Degree in Fire Science from APU as well. Chief Pouget proudly continues to maintain her certification as a Nationally Registered Paramedic.